An unknown hostile force has been identified by our spy satellites, their jump signatures are locked on our planet. We have no defenses. If they get here, we are doomed.

There is, however, one last chance for us: the top-secret Vanguard prototype she stole from us. That silver-haired she-devil should be hanged for treason, but we have no time for that now. We have given her temporary access to our network of satellites, she will hack their warp drives and trap them in a little yellow box, you will pilot the Vanguard, lure enough of them in and try to take down their mothership. You are our only hope.

The only way to have a fighting chance against the mothership is to destroy enemy spaceships and steal their energy shards. This will upgrade your weapon systems and make you stronger. Be careful not to get hit, every damage you take reduces the energy charge of your weapon systems.

Take Down Their Capital Ships

We have identified two capital ships accompanying the main force. You must take them down to attract the attention of the mothership. Be careful, these capital ships are not like regular enemies, they use bullet patterns to confuse their opponents, I hope your dodging skills are on par with your shooting abilities.

Train, Get Stronger, Give Them Hell!

We have systems in place to reset the current timeline in case something goes wrong. Don't be afraid to try again and again. The enemy moves and shoots in specific patterns, you can learn their tricks, and predict their next move. 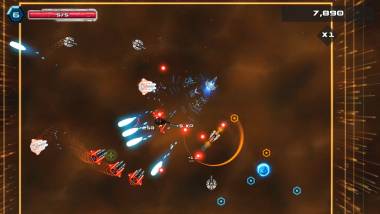 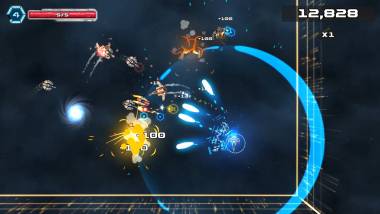